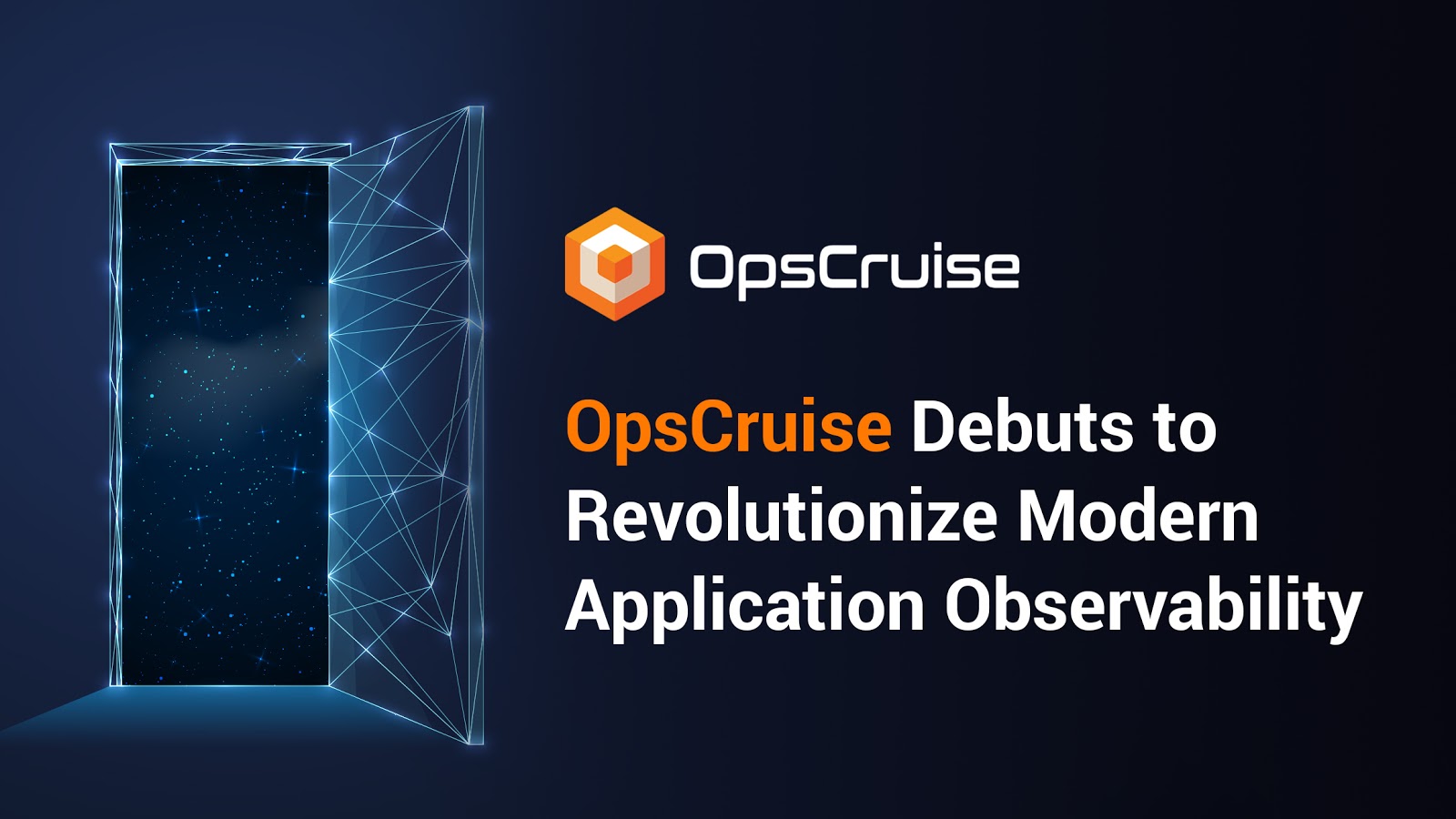 Raises $5M In Seed Funding Led By The Fabric

to Revolutionize the $17B Cloud Observability Market.

Sunnyvale, CA - February 24, 2021 - OpsCruise, the cloud application observability company, emerged from stealth today with $5 million in Seed funding led by The Fabric and focused on the $17 billion market opportunity for IT monitoring and observability. In addition to The Fabric other notable investors include First Rays Venture Partners, Impact Ventures, The Band of Angels and TiE Silicon Valley.

OpsCruise is the only actionable platform that enables enterprises to predict performance degradations and automate causal analysis in dynamic modern applications without proprietary software agents or code instrumentation.

"For years, IT monitoring systems have been a cure worse than the disease - generating a lot of noise and false positives” said Scott Fulton, co-founder and CEO. “OpsCruise automatically transforms, shapes and analyzes fragmented instrumentation in context so that SREs and DevOps engineers can detect and resolve issues at an order of magnitude greater speed and efficiency."

"We are excited by the customer, partner and investment momentum of OpsCruise," said Rajan Raghavan, CEO of The Fabric and co-creator of OpsCruise. "With its deeply differentiated technology, OpsCruise is extremely well-positioned to capitalize on growth of cloud native applications in general and Kubernetes in particular.”

Amit Sridharan, General Partner of First Rays Venture Capital added, “We believe that the proliferation of hybrid cloud and microservices will require new approaches to observability in ensuring uptime. The OpsCruise team stood out in their unique approach in using open source foundational models and overlaying machine learning to drive a new observability platform required for these modern applications.”

OpsCruise is currently working with 25+ customers, including several Fortune 500 companies in the financial services, telecom, tech and e-tailing industries.

Karl Gouverneur, a prominent insurance industry CIO, commented, “OpsCruise is helping customers get ahead of brown-outs and eliminate unproductive war-rooms with its contextual understanding of modern applications and its powerful predictive behavioral analytics. It’s a game changer.”

OpsCruise was purpose-built for dynamic cloud native Kubernetes applications and is the only platform that exclusively leverages the open source and cloud monitoring stack that’s gaining rapid adoption. In their April 2020 APM Magic Quadrant, Gartner declared “by 2025, 50% of new cloud-native application monitoring will use open-source instrumentation instead of vendor-specific agents for improved interoperability, up from 5% in 2019.”

Julius Volz, ex-Google and the creator of one of the most popular open source monitoring tools, Prometheus, noted “OpsCruise is a promising and novel approach for integrating information from both Prometheus and Kubernetes to help visualize the environment and automate production troubleshooting."

Beyond its superior observability features, OpsCruise is also 5x less expensive than traditional monitoring tools since it relies on an open source monitoring foundation and doesn’t charge based on the amount of instrumentation it analyzes. OpsCruise is now generally available, and customers can learn more or sign up for a free trial at www.opscruise.com.

Founded in 2018 in Sunnyvale, California, OpsCruise is a cloud applications performance assurance company, offering the only observability platform purpose-built for Kubernetes applications and serverless infrastructure. A deep understanding of Kubernetes, coupled with its unique contextual AI and ML-based behavior profiling empowers teams to predict performance degradations and instantly surface their cause. In 2021, OpsCruise launched out of stealth with Seed funding to address the $17 billion cloud observability market. Learn more at www.opscruise.com.